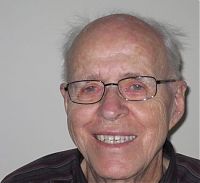 Welcome. I have established this site to bring together Canadians who are dissatisfied with politics-as-usual and are willing to participate in launching the country onto a new political path.

I want Canadians to be inspired by their democratic ideals rather than discouraged by how far our current institutions fall short of them. Some straight forward and immediately doable reforms would move us closer to those ideals by enabling our representatives to speak for their constituents in the House of Commons rather than for their parties.

Let me introduce myself briefly before I set out an analysis of where we are politically, where most Canadians want to go, and how we can get there. I am a graduate of universities and political parties.

My PhD in political science was obtained at UBC and this was followed by roughly 30 years of teaching political science and research on parties and democracy at Trent University in Peterborough. My search through the party system for a meaningful citizenship took me into active membership in, successively, the Liberal party, the NDP and the Greens. I did not find this role in any one of these parties.

My long study of the party system, theoretically and in action, has convinced me that it cannot support the participatory citizenship we desperately need. Most Canadians have reached the same conclusion – estimates of active party membership range from 5 to as low as l per cent of the voting population. Voting turnout in party-monopolized elections has reached an all time low.

Some years ago, I started to advocate a new political system based on the desire of Canadians for constituency rather than party representation and government. I hoped that if some political actives were shown that a better system of representation could be organized someone or some group would take up the “cause.” It did not happen: the need for the change favored by the overwhelming majority of Canadians has since grown exponentially. Now “retired,” I am committed to organizing support for the New Politics outlined below. I urge you to join with me in leaving to future generations a more democratic political system, one that would support a more effective government.

Available in hard/softcover and ebook formats